A second birthday for a new chance at life

"I was very moved by how warmly I was welcomed by everyone - it felt like I'd known them all forever."

Marco Wehser from Marl is able to celebrate his birthday twice a year thanks to Daniel from Alfreton in England. The 28-year-old saved his life with a stem cell donation in 2012. The transplant took place on the 3rd of August and since then, this has been the day for Marco that he was given a future. The DKMS editorial team recently spoke to both of them about it.

„Since my transplantation, we have celebrated my second birthday every year on the 3rd of August,“ Marco said. In February 2012, the now 28-year-old received a shock diagnosis of blood cancer and two months later it became clear that he needed a transplant. The search for a suitable donor started, who in the end could only be found in the worldwide database – from the British Bone Marrow Registry (BBMR) in the UK – like DKMS, BBMR is a member of the international community in the fight against blood cancer.

„I will never forget one of the greatest moments of my life when the doctors entered the isolation room. They were holding a simple looking blood bag with stem cells in it. For me there was a lot more in it. It was and is my new chance to have a healthy and normal life. To live on!”

More good news followed after the transplant: The new stem cells had started to work. At the end of August 2012, Marco was allowed to leave Essen University Hospital and has been fighting his way back into everyday life ever since.

Many beautiful moments followed for Marco, including when his twin sons Finn and Paul were born in 2014. „They recently turned 5 and keep me on my toes,“ Marco said.

On the 3rd of August, 2016, Marco was able to meet Daniel, who had travelled to Germany especially for it, for the very first time. Since then, both have been in active contact and a friendship has developed between them. It was only logical that Daniel also wanted to introduce his „German brother“ to his own family, so he invited him to his wedding and Marco travelled together with his wife and sons to Great Britain. „I was very moved by how warmly I was welcomed by everyone – it felt like I’d known them all forever.“

It was important for Daniel to have Marco with him at this special event, as he revealed to the DKMS editorial team. „My family was over the moon to finally get to meet Marco.” His Mum had wanted to go with him to meet Marco for the first time, but unfortunately, it was not possible at that time. However, in the end the excitement was all the greater for everyone involved.

„Marco, his wife and his children are a very big part of my life now and it was such an honour that Marco agreed to be my best man as well. My husband was immensely proud when I told him about Marco and he even shed a tear or two.“ He went on to say that „Donating stem cells to Marco was one of the biggest events of my life as was my wedding to Mark so being able to connect the two effects was a dream come true.”

Of course, Marco and Daniel will contact each other on the 3rd of August this year and no doubt, they will be talking about the next possible meeting. 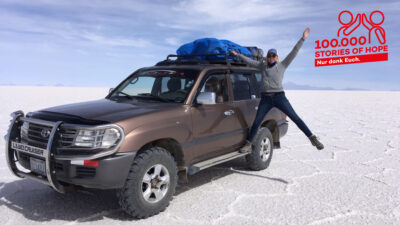 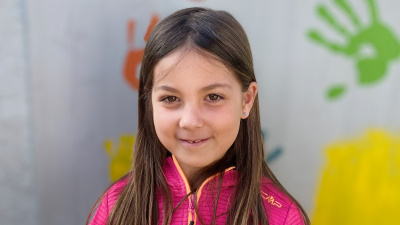 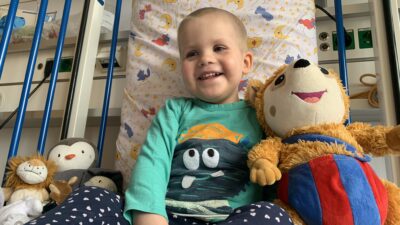 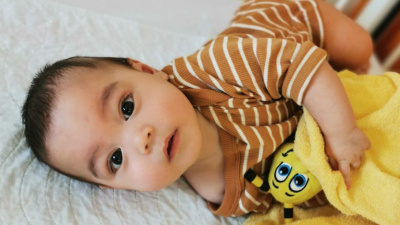