Nils Haarhues is enjoying a second chance at life — made possible by a stem cell donation. During the transplantation, he set himself two goals: to return to the Holy Ground of Wacken Open Air (W:O:A), and to meet his great hero, the world-famous Polish metal star Adam ‘Nergal’ Darski. A former leukemia patient himself, Nergal launched an international appeal for help when he was ill, not only for his own benefit but also for other patients. Nils and Nergal recently met and launched a high-octane appeal for potential new donors to register with DKMS. 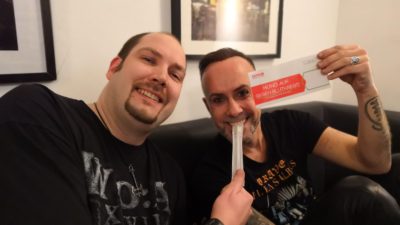 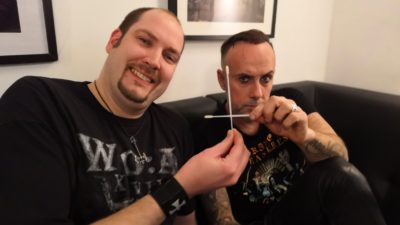 Nils Haarhues, a watchmaker from Oldenburg, made it to his local clinic „in the nick of time“, to use his words. After months of severe stomach pains, tiredness, fatigue, and swollen lymph nodes came the diagnosis: chronic myeloid leukemia. “I thought it was just exhaustion from Wacken!” the 37-year-old recalls, having attended the world’s largest heavy metal festival shortly before. All of a sudden, he was terminally ill. The doctors called for an immediate transplant. “The first thing that happened was I fell into a huge hole. I didn’t know where to turn.” But he soon decided to fight his disease, even helping to organize a major DKMS registration drive. “That gave me tremendous strength, and I managed to be there on the day.”

And there was another thing that kept him going: “I had a ticket for Wacken 2014, so I made a pact with myself: next year you’re going back to Wacken, I thought to myself, and you will be there on the Holy Ground. That was what kept me going.” So too did the thought of his little son, whom he was unable to see for four weeks before and during the transplantation. It was a really, really tough time for him.

The transplantation finally took place on 4 December 2013 at 3.00 pm. It was a day he will never forget. “The next few days I just waited and hoped the leucocytes would keep on growing. By day 11, I was done, and from that moment on there was just one thing I wanted: to be home for Christmas. I just wanted to get out of there.” Nils was finally discharged on 24 December and gradually move forward into a healthy future.” The first concert I went to was in June 2014: Metallica in Hamburg. And in August of that year I went to Wacken Open Air. That was the real confirmation that my new life had begun,” he recalls.

During this time, there was one person who really inspired Nils: Adam ‘Nergal’ Darski. The 41-year-old frontman and singer of the Polish black metal band Behemoth had himself been diagnosed with blood cancer in 2010, and needed a stem cell transplant to survive. Nergal joined forces with DKMS Poland to raise awareness and sensitize the public to the life-saving potential of stem cell donations. Their joint campaign led to over 70,000 new registrations in the DKMS database. At some point there was good news for Nergal: a suitable donor had been found, giving him a second chance at life. “I was really impressed by the way Nergal handled the illness and, above all, by the fact that he had been able to get so many people to register. I felt motivated to do the same. I really wanted to meet him and tell him face-to-face,” says Nils.

Shortly afterwards Nergal invited Nils to a gig and to meet him backstage afterwards. The two of them ended up talking about all sorts of things, including their experience of the illness and their close connections to the W:O:A. Since 2014 Nils has been a regular face of the DKMS donor drive at Wacken, which he has supported with vigor and energy. He will also be at the 30th-anniversary festival in 2019, he told Nergal. Nergal and his band have played Wacken on several occasions, and the musician wholeheartedly supports DKMS’s fight against blood cancer. After their talk, Nils and the Behemoth frontman launched a joint appeal to all metalheads. “Congratulations Wacken – not only on being the biggest metal festival in the world but also for the way you’ve supported DKMS,” said Nergal. “I’m sitting here with Nils, who, like me, has survived blood cancer. Thanks to you guys, DKMS was able to recruit over 7,000 new donors who may one day save a life — the life of someone like Nils or me. So, rock on everybody! Join in! Sign up!”

More Info and the possibility for signing up with DKMS in Germany you find here: https://www.dkms.de/de/wacken2019 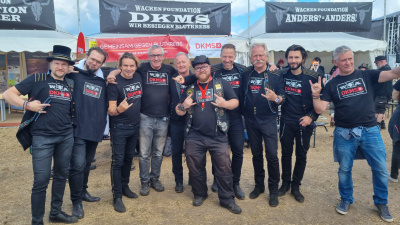 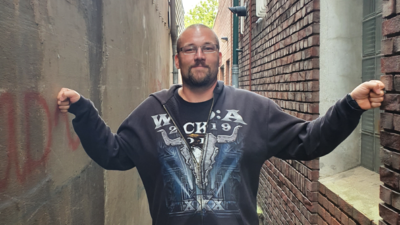 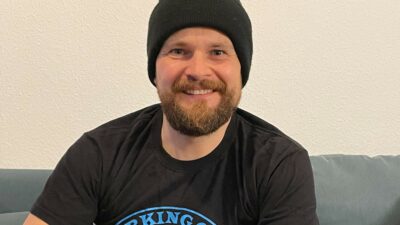 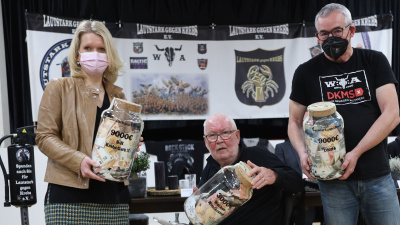