Sebastian Domel made a stem cell donation – two months after losing his great love, Martyna, to leukemia. We spoke to him about his tragic loss, giving someone a second chance at life, and most of all about hope and the future he can offer their daughter. The interview was carried out at the young couple’s house in the town of Königs Wusterhausen, which his late wife had lovingly decorated shortly before she died. 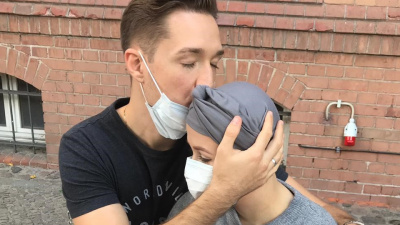 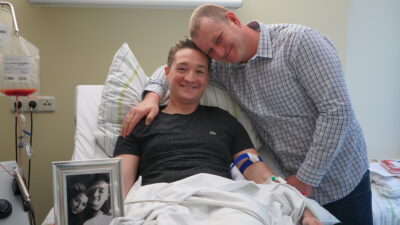 Sebastian with friend Arthur and a picture of Martyna 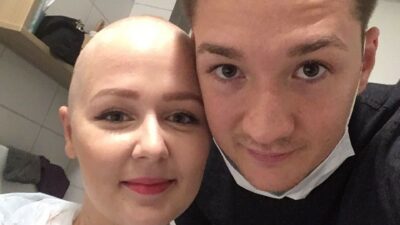 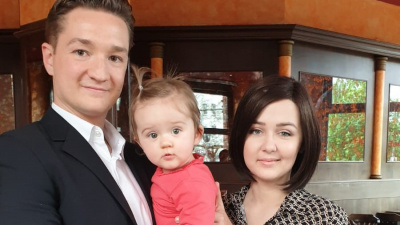 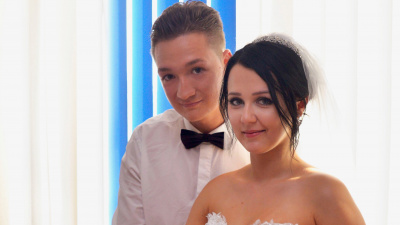 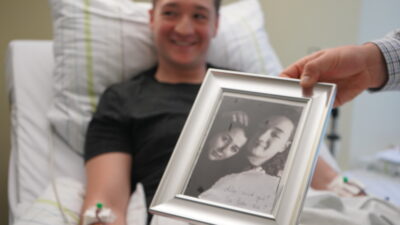 Sebastian brought a picture together with his wife Martyna

“My love will never leave you, just like yours could never leave me. I’ll be the emerald green sound of the sea and wind. I’ll be reflected in every bubble Mila blows. And every hot cup of cocoa you drink at Christmas will taste of 1000 kisses from me. I’ll always be there when you need me. And when you look up to the heavens, you’ll always know what’s right. Just be brave.” That was the message Martyna – Marta – wrote for her husband Sebastian just before she died. At 26, she lost her life to leukemia. She had been granted 12 years with her husband.

“The first time I set eyes on Marta, I thought, wow, you don’t stand a chance with her!” Both Sebastian and Marta come from the town of Weisswasser and have Polish roots. They met through friends, and it soon became obvious that they belonged together. “It was on 15 August 2007. She was 14, I was 15,” Sebastian recalls. “We were sitting on a bench in the castle grounds of Bad Murskau. I didn’t ask her out or anything; I just asked what was going on between us.”  When they moved in together, he was still training in the haulage business and she was still at school. They later moved to Berlin, where they had always longed to be. “We always knew Berlin was the city for us. I managed to get a job there, and Marta started her work-study program.”

They married in 2013 – a registry office wedding at first, followed by a church wedding three years later. Martyna got a job with the Sparkasse bank in Berlin while Sebastian worked as a transport manager with DB Schenker. They bought their own home in Königs Wusterhausen, and started realizing their plans to start a family. On July 5, 2018 daughter Mila was born. “She was a few weeks premature but healthy,” Sebastian reports.

Six weeks to the day after their little girl was born, everything suddenly changed. On the anniversary of the day they first met, they received some shocking news: Martyna had acute leukemia. She had been tired and pale, and suffered a loss of appetite and breathing difficulties. And by chance she had also discovered a lump on a lymph node. “I kept telling her to go and get herself checked out,” says Sebastian. “Our family doctor recommended a hematologist to us, who immediately told us to drive over to the Charité Hospital. He said he would call them straight away so we could have Martyna’s bone marrow tapped. In the car on the way over there I burst into tears. My wife started to reassure me, saying, Honey, things will turn out fine.”

The oncology department was already expecting them, and they took Martyna as an inpatient. “In the meantime, I went home to pack some bags for her. I called what felt like half the family and said to them, listen guys, I think we need to prepare for some bad news today. I have this gut feeling… When I got back to the hospital, I said, Sweetheart, when are the doctors coming? When will we find out more? She came over, sat on my knee and said, Honey, I already know. I already have the test results.”

Martyna and Sebastian confronted the disease and started their battle. “We also found out that Mila’s premature birth was probably the self-preservation response of Martyna’s body to the leukemia,” Sebastian explains. Martyna underwent chemotherapy and had two stem cell transplants, enduring everything with bravery. Her motto: We can do this! Sebastian took paternity leave and, with major support from the family, he successfully managed to combine caring for their little girl with everyday life at the hospital. “I’m especially grateful to Grandma Steffi and Grandpa Wilfried. They really took the load off us, and towards the end especially, it was having them that enabled us to spend so much of the time we had left together.”

During this period, Martyna began to write a stirring, emotional online diary milaszukunft.jimdofree.com/. It was to become her legacy for her family, her husband, and most of all for her little daughter.

Martyna battled with the disease for 13 months, nine of which she spent at the Charité Hospital, before finally transferring to Virchow Hospital, also in Berlin. On 10 September 2019 she died of organ failure, aged 26, just nine days before her 27th birthday. Eleven days later, on 21 September 2019, Sebastian laid his great love to rest.

Just before she died, Sebastian was able to share an important piece of news for her: that he was to donate stem cells for a blood cancer patient. All sorts of thoughts were coursing through his mind: one life was being taken from him, but there was a chance he might be able to save another – and he was determined to do so.

He’d been contacted by DKMS back in June. He had registered with DKMS at 17, after Martyna had encouraged him. “I told the lady on the phone that I was in Charité Hospital at that very moment, that my wife had already had one transplant and was about to have another one, and of course I would help.” Shortly afterwards he received a blood sample kit from DKMS. “The doctors in the Charité Hospital took a blood sample for me, and the entire team on the ward crossed their fingers. I thought, surely this can’t be a coincidence, it’s crazy. My wife and I had always believed in fate and signs, and we wondered what it could all mean?”

In early November 2019 it was finally Sebastian’s turn to make his stem cell donation. He did it at the Charité Hospital. “I was thinking to myself, this is where my wife died. But there were pleasant feelings in my mind as well, the sense that I could give someone the hope of life. Doing something against this illness gives me a certain satisfaction.”

On the day of his donation, he was accompanied by one of his best friends, Arthur, who had traveled from Weisswasser specially. “He’s been a great support for me. He walked my wife up the aisle and was also a pallbearer for her. To me he’s family.” Sebastian had a picture of his late wife with him as well. “She would be really proud, I’m sure. She’ll be with Mila and me for as long as we live.”

A few days later he learned that his stem cells were for a young woman in Sweden. “Along with my stem cells I sent her my warmest wishes for her recovery and kept my fingers crossed that she would pull through.”

The donation was also a moment of contemplation for Sebastian, a time to reflect on the experiences of the last few months, “Ultimately, all that matters is life. Ultimately, all that matters is that you breathe the air, open your eyes, and look out of the window, regardless of whether it’s cold and foggy out there, or sunny. That doesn’t matter. But what does matter is that you have the luxury of doing that. And that’s what this illness has taught me,” he says.

At the end of 2020, he received the information that the patient had unfortunately died. „This really saddens and affects me. But I am very glad that I could at least still give her time.“

Sebastian wants to get on with life because that’s what Martyna would have wanted. And most of all he wants to offer his daughter a carefree childhood and future. His message: “People should just be happy if they’re healthy, see beyond the end of their nose, no matter what day-to-day life is dishing out. Life will always have its problems. It’s so easy to register with DKMS. If I can get that message across to just five people, I’ll be happy.” 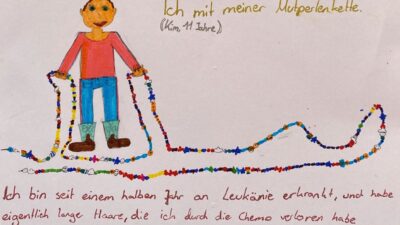 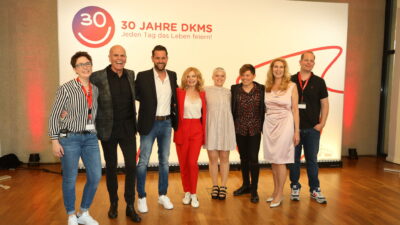 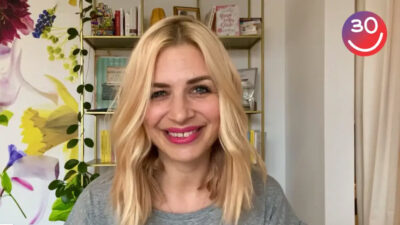 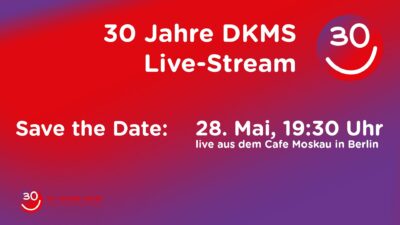